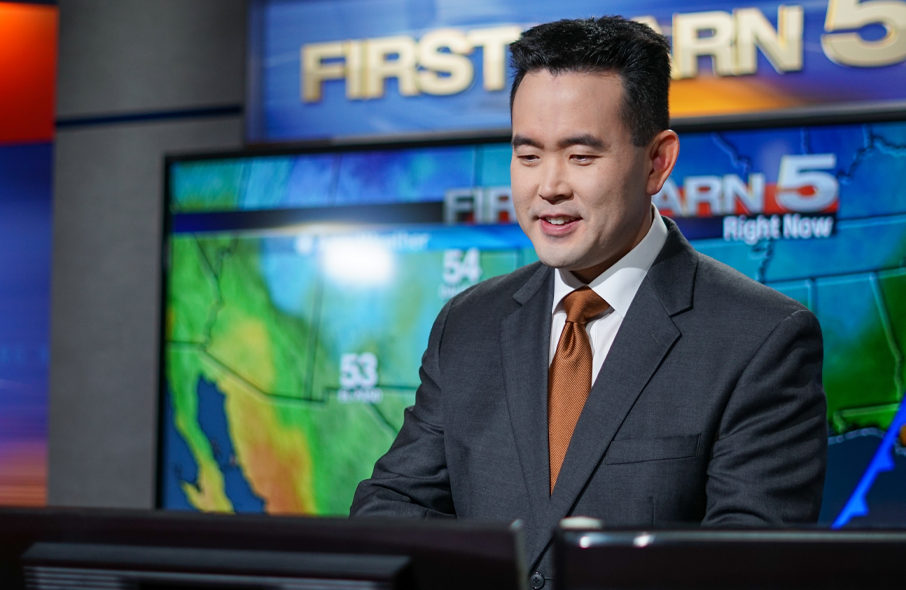 Meteorologist Andrew Chung joined the First Warn 5 weather team in July 2015. He has extensive experience forecasting the weather in Florida and three different parts of Texas.

Originally from Miami, Andrew received his bachelor's of science degree in meteorology and a minor in mathematics from Florida State University in 2000. He also did some graduate work there before landing his first weather job at Florida's News Channel in Tallahassee in 2001.

In 2004, Andrew moved to Texas to become a meteorologist at KBTV in Beaumont/Port Arthur, where he forecasted tropical storms and hurricanes.  During his stint there, he earned the American Meteorological Society's Certified Broadcast Meteorologist (CBM) seal of approval.

In 2008, Andrew left Southeast Texas to join the weather team at KVIA in El Paso. While in El Paso, he had the chance to forecast a variety of weather events like dust storms and snow.

In 2010, Andrew took a weather position at KVUE in Austin, where he had the opportunity to forecast flash flooding and ice storms. After more than four years in Central Texas, Andrew returned to the Rio Grande, joining the KRGV weather team.

Tropical meteorology is his cup of tea, so Andrew is happy to be in the Rio Grande Valley. In his spare time, Andrew enjoys playing the piano and violin, lifting weights, watching football on TV, graphic design and studying foreign languages. He became a bilingual meteorologist in January 2018, doing Spanish language weather for the newscasts on KRGV's Hechos Valle, in addition to English language weather on Channel 5.