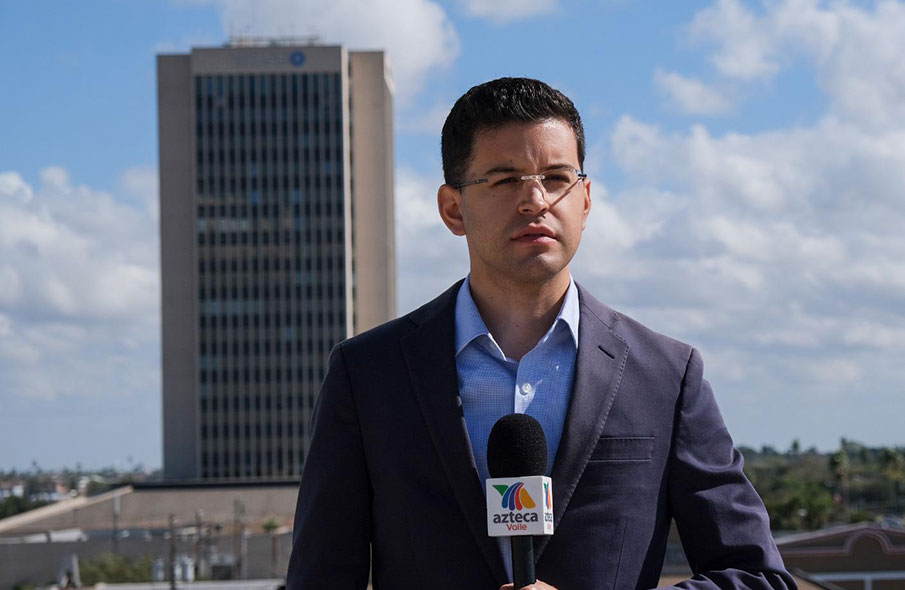 Santiago graduated with a bachelor’s degree in history from Loyola University New Orleans.

Before working at KRGV-TV, Santiago was a reporter at KGBT-TV (CBS/Azteca) in the Rio Grande Valley where he covered stories in every part of the valley. He also contributed his stories in Spanish for Azteca 4.2 where he occasionally produced and anchored hourly news updates. He also managed the Spanish-language coverage of President Donald Trump’s visit to the valley in 2019. Santiago also contributes stories from the valley for XHCDT-TV (Azteca7) in Cuidad Victoria for broadcast across the state of Tamaulipas.

Before coming to the valley and northern Tamaulipas, Santiago was a reporter at KGLA-TV (Telemundo) in New Orleans. In that same city, he worked at WEZB 97.1 FM (Entercom) and completed an internship with WDSU-TV (NBC).

Santiago wants the community to be well informed with information that is useful in their lives. If you have a suggestion or a story idea, send him an email to: santiago@krgv.com