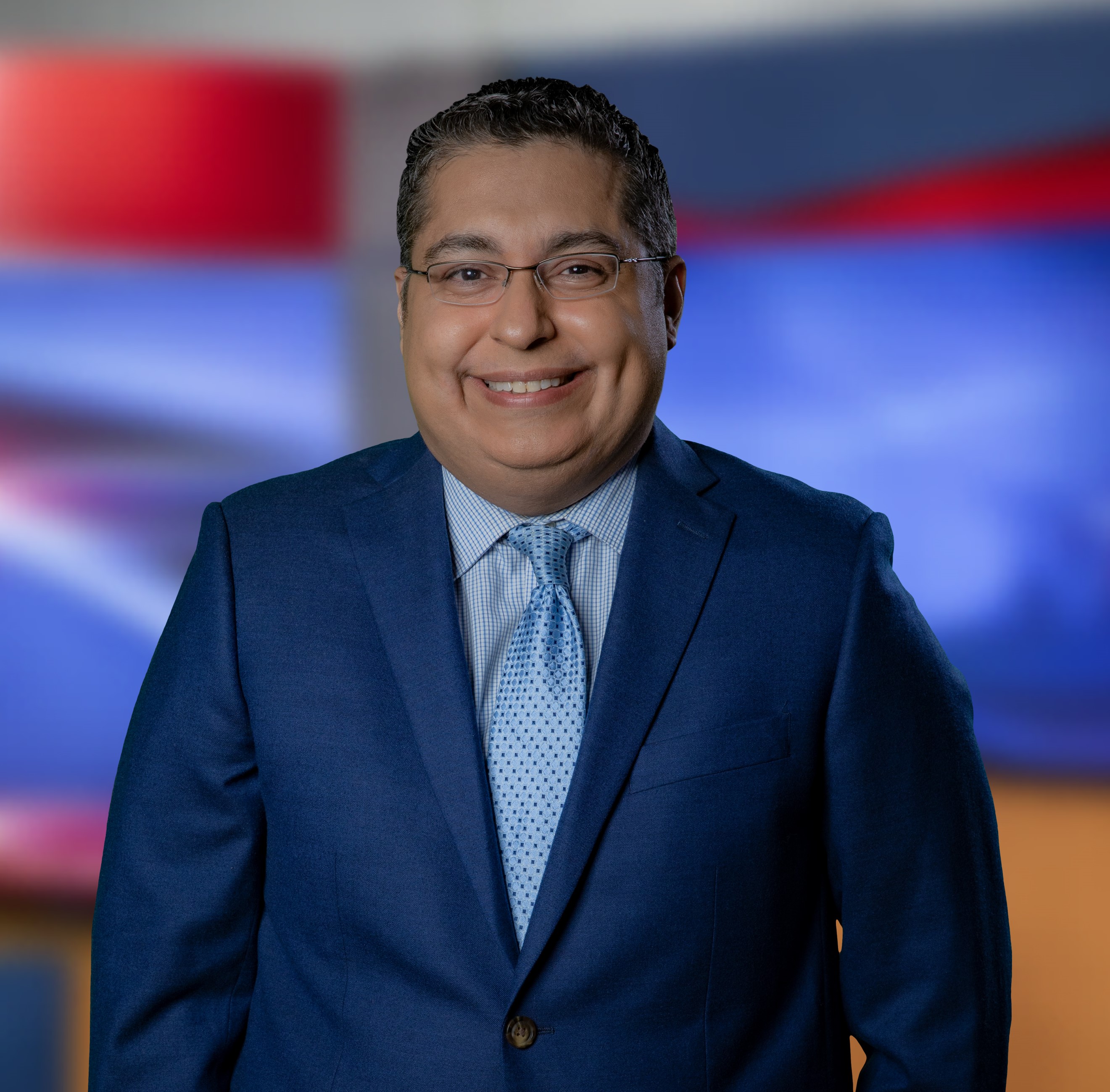 Alex Del Barrio became the Sports Director at KRGV in June of 2020 after television and radio stops elsewhere in the Rio Grande Valley, Houston and Orlando, Florida.

He is a Valley native born and raised in Mission, TX and a 2001 graduate of Mission High School and former student body president. Alex attended Boston University to begin his college career. Del Barrio later returned to the Rio Grande Valley to begin his career as a sportscaster. He would graduate with a Bachelor's degree in broadcast journalism from the University of Texas-Pan American.

Alex's local career has included local television for two other affiliate stations and time as a sports talk show host for KSOX-1240 AM.

His sports career has taken him around the globe as well. In 2011 Alex became an announcer for the world famous Harlem Globetrotters. In two years with the Globetrotters Alex helped perform with the squad in 26 different countries and all over North America. He even joined the Globetrotters on their annual Military Tour where he performed as the announcer at military bases all over Europe.

In 2013 Alex joined CBS Radio in Houston as a sports reporter and host and served as the station's lead reporter for the Houston Texans, and secondary reporter for Houston Astros and Houston Rockets. Del Barrio was also part of the entire CBS Radio coverage of Hurricane Harvey and helped manage the digital team's information distribution to the radio cluster's websites and social media platforms. During his time in Houston Alex covered deep playoff runs by the Houston Rockets, a World Series title run by the Houston Astros in 2017 and numerous college and pro events in the Houston area. He also was part of the Rice University ESPN+ broadcast team for football and men's basketball and served two years on the Houston Dynamo radio broadcast team.

In 2015, Alex achieved a childhood dream by working for World Wrestling Entertainment as a live event host and ring announcer for their NXT brand, televised globally and on the over-the-top streaming service WWE Network. He served as a host during Wrestlemania AXXESS in Dallas in 2016 and ring announced NXT events all over Florida.

In addition to his work covering our RGV teams as KRGV's lead sports anchor, Alex also works a national play-by-play announcer for men's and women's college basketball on CBS Sports Network. He has also lent his broadcast talents to Texan Live for coverage of the Texas High School Football playoffs in 2019.

Alex loves to interact with RGV coaches and players at all levels and telling the stories of his home community. He also volunteers as an Educational Director for the National Hispanic Institute's summer leadership programs for high school youth.

If you have a sports story you want to see told on Channel 5 e-mail him at adb@krgv.com.