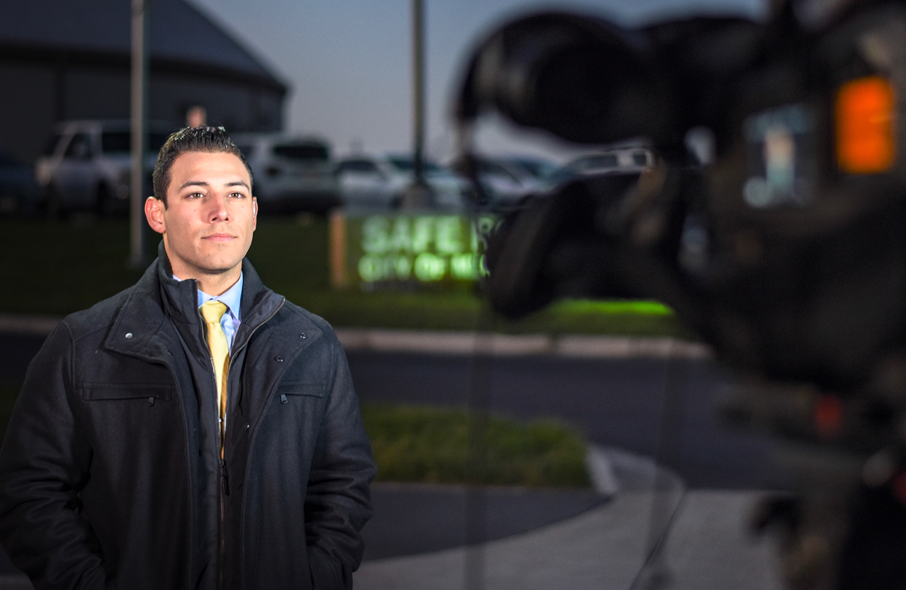 John Paul Barajas was born and raised in Houston, Texas but now calls the Rio Grande Valley home. During college, John Paul was a part of CoogTV and had prestigious internships at KTRK ABC 13 Houston, KRIV FOX 26 Houston, and KSAT 12 ABC San Antonio. But it was John Paul’s father, longtime News Anchor in Houston, Texas who inspired John Paul’s broadcast dream. In 2017, John Paul graduated from the University of Houston (Go Coogs!) from the Jack J Valenti School of Communication with a bachelor’s degree in Broadcast Journalism. It has become a Barajas family tradition to attend the university. He lives and breathes U of H Athletics and on most Fridays, you will see him sporting a red tie in honor of the Cougar Red Friday’s tradition. In June 2017, John Paul moved from Houston to the Valley and joined the KRGV Channel 5 news team as a reporter. John Paul loves any and all sports, but growing up in Houston made him a diehard Texans, Rockets, and Astros fan. He enjoys spending time with his family in Houston, relaxing with friends, and exploring the Valley with his dog Shasta (named after the UH mascot.)