MCALLEN – A 22-year-old has been charged with intoxication manslaughter and assault.

Police say the driver of a pickup, David Garcia, Jr. of Rio Grande City, slammed into a SUV over the weekend, killing two people.

The victims were identified as 52-year-old Alma Patricia Rodriguez and 2-year-old Patricia Vargas.

Seven other passengers, including Garcia, were sent to the hospital with serious injuries.

The collision happened Sunday at 2:44 a.m. at the intersection of 10th Street and Hackberry Avenue. 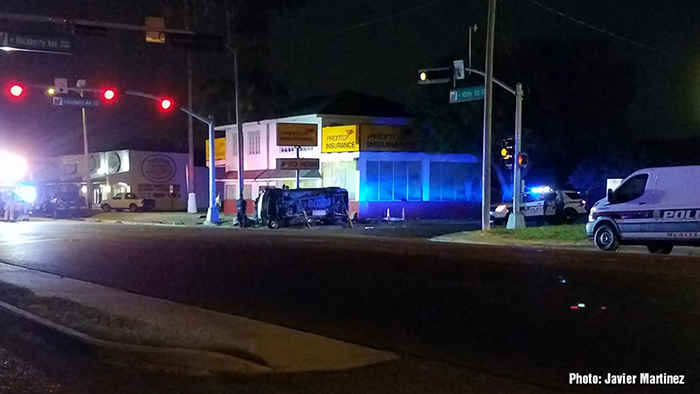 No word on the passengers’ conditions at this time.