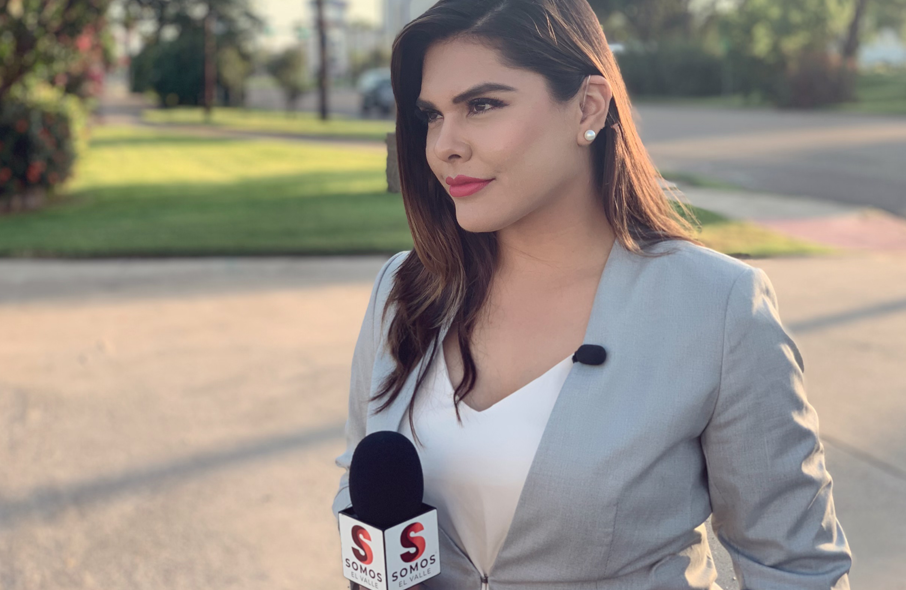 Yuri González grew up in Starr County. She landed her first job in media in 2007 with Liberman Broadcasting in Houston as an intern, shortly after graduating from Rio Grande City High School. She was a morning radio personality for Spanish radio at KQQK.  It wasn’t long before she got casted and hired at Univision Houston Radio in 2010.

There, she also worked as a morning personality for the syndicated KAMA 104.9 FM, Houston, San Antonio and Dallas. During her time in Univision Radio-Houston, she landed several national TV and radio commercials for Listerine, Mountain Dew and Ford. Her 5-year-journey there helped her transition into the top Latin radio station in Houston KLOL - MEGA 101 FM for CBS.

She juggled double duties - radio talk shows by night, and TV shows with Azteca America Houston by day. Yuri covered countless cultural stories for the Hispanic community for “Somos Texas.”  In all, Yuridia has worked in the media industry for more than 10 years. Although her backbone is in radio, she's successfully transitioned as a bilingual news reporter at KRGV. Yuri moved back home in 2018. Yuri attended both The University of Houston - Downtown and The Art Institute of Houston where she majored with a BFA in Advertising and Advertising Design. To this day, she has a huge interest in advertising and integrated marketing campaigns. Yuri is passionate about covering border stories and issues that affect the community where she grew-up. She's happy she can relate to many people in the RGV, which she calls home. “Go RGC Rattlers!”