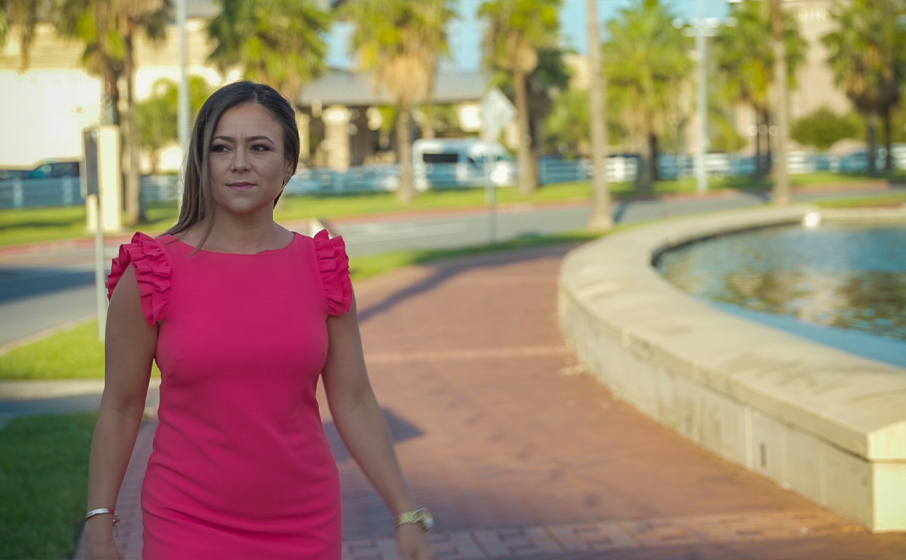 Daisy is an award-winning journalist, who is proud to call the Rio Grande Valley home!

A Brownsville native, Daisy has been reporting in the Valley since 2006. She joined Channel 5 News in April 2016.

Daisy is a graduate of the University of Texas at Austin, with a Bachelor of Journalism and a Bachelor of Hispanic Studies. Before going off to college, Daisy graduated 8th in her class from Simon Rivera High School, in Brownsville.

A career highlight came in 2014 when Daisy was awarded a Texas Associated Press Broadcasters Association first place award for "Spot News" reporting. During a live television broadcast, a suspect that had barricaded himself in a home for hours, after killing a man and holding his ex-girlfriend hostage, fired several shots. While other reporters went off the air, Daisy continued her live report, describing the scene to viewers as it unfolded.

Daisy also got to travel to Colorado in 2012, to cover President Barack Obama's visit to Colorado Springs, during the Waldo Canyon Wildfire.

She was the first reporter in the nation to report on the murder of ICE Special Agent Jaime Zapata.

Throughout her career in the Valley, Daisy has covered many major events like Hurricane Dolly; the John Allen Rubio murder trials; the federal trial for former Cameron County District Attorney Armando Villalobos; the influx of thousands of immigrants without documentation, from Central America.

"It's been a privilege to have the opportunity to do what I love, in the community I grew up in," Daisy said. "There's nowhere else I'd rather be. I care about what happens to the people of the Valley because I am one of them."

Daisy loves meeting people from all walks of life and making a difference through her career. She's also very close to her family and friends.

But nothing tops her relationship with her son.

"My son Dylan is the love of my life, and it's so heartwarming when viewers ask me about him," Daisy said. "I'm glad viewers can relate to me on all levels."

On her free time, Daisy enjoys spending time with family and friends, going to the beach, fishing, and watching movies at home.