An online petition is criticizing a decision allowing all San Benito High School students who tried out for the cheer team to be a part of the school’s varsity team.

Both parents and students plan to address the matter publicly at the district’s board meeting Tuesday.

The petition, which has now received more than 1,200 signatures, “implores” Servellon, high school administrators and board members to reverse the decision.

“It feels like they’re giving us a bunch of participation awards,” said San Benito High School student Alijah Arredondo, who said he didn’t make the cut at tryouts.

Now that he is a part of the team, he said it doesn’t feel right.

Anissah Hernandez is captain of the cheer team. She believes the change is especially bad for those who did make the team.

“I just feel like they belittled us and it feels like we’re an embarrassment now,” Anissah said. “The whole community knows about this — everybody knows that everybody could have just been on the team. It looked like — What did we go through all of that for?”

Parent Crystal Hernandez showed a copy of last year’s constitution for the cheer team, and pointed Channel 5 News to a line that states in part: “Should there be a need for the interpretation of any part of this constitution, the school principal and the cheerleader sponsor(s) will have the final authority in the determination of such interpretation. There will be NO appeals.” 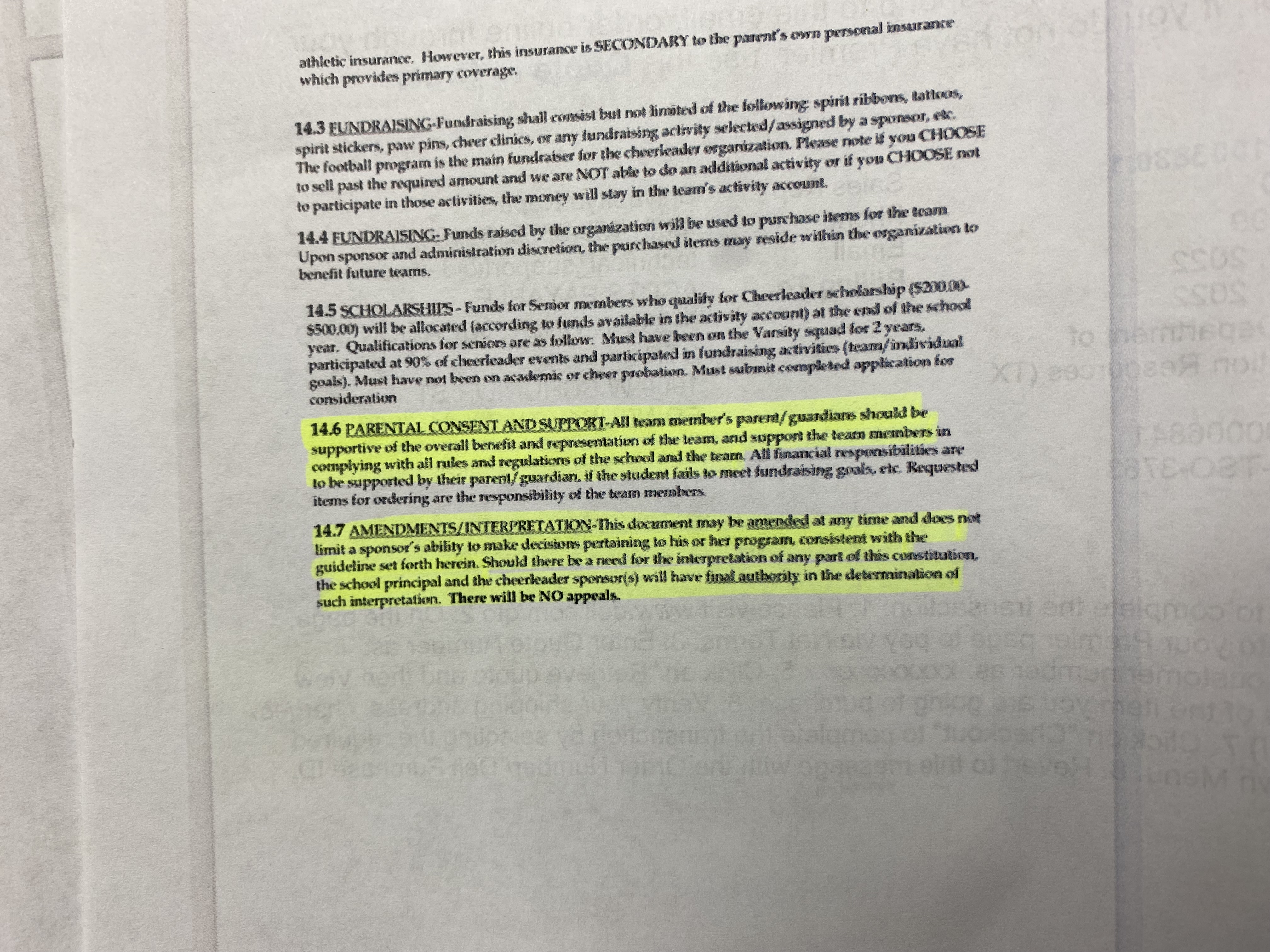 Crystal believes the constitution was broken for both the interim superintendent stepping in, and judges’ decisions being disregarded and adds that the decision introduces a number of safety issues and short-changes students of an important experience.

“That’s a life lesson, and we need to show our kids that whatever setbacks you have in life, you need to be able to get back up and overcome those,” Crystal said.

Channel 5 News attempted to speak with interim superintendent Teresa Servellon on the matter Monday afternoon, but was unsuccessful.

After contacting the district’s public relations team, director Isabel Gonzalez replied with an email at 4:50 p.m. that a statement from the district was “forthcoming.”

A statement was not received by time of broadcast.