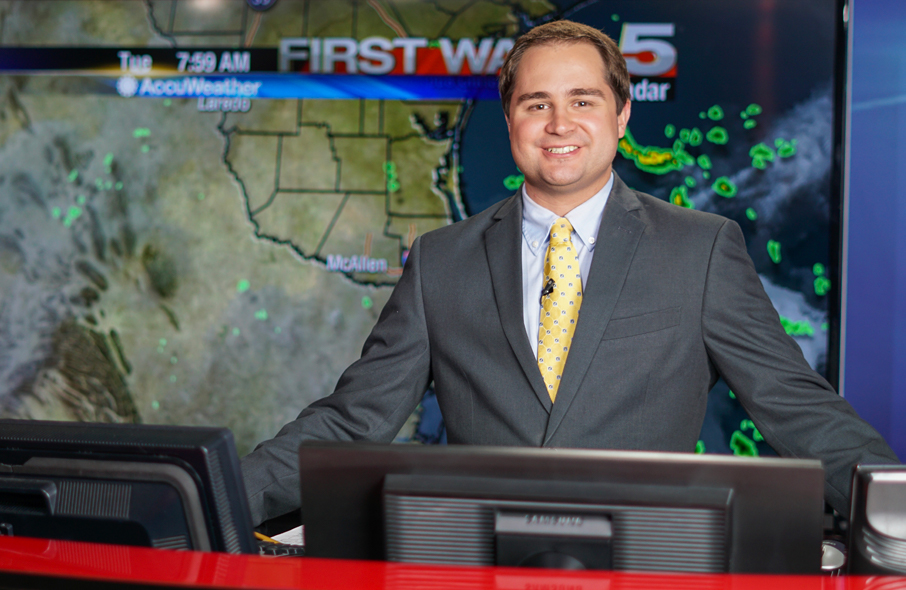 Matt was born and raised in San Antonio, Texas. His interest in weather began at an early age, but was cemented after the historic 2005 hurricane season. From that point, he did everything he could to prepare for a career in broadcast meteorology.

As an undergrad at the University of Texas at Austin, Matt spent extensive time volunteering with student television and radio in addition to his studies in geological sciences. This experience helped him land internships at CNN in Atlanta, Georgia and KXAN/NBC 36 in Austin, Texas.

Matt continued his studies at Mississippi State University in Starkville, Mississippi as a master’s student in their broadcast meteorology program. He delivered online forecasts for Northeast Mississippi and participated in The North American Collegiate Weather Forecasting Competition where he ranked 25th out of 2,019 forecasters in terms of forecast accuracy. He also had the opportunity to intern at The Weather Channel in Atlanta and learn from some of the best meteorologists in the country.

Matt has covered all kinds of weather including winter storms, tornadoes, and hurricanes. He was the first meteorologist in the Valley to accurately forecast snow here in December 2017 and led our station's weather coverage during the worst of the June 2018 flood. He has been awarded the TV/Radio Seal of Approval by the National Weather Association for his meteorology knowledge and quality weathercasts.
Matt enjoys spending time outdoors during his free time, especially hiking and golfing. He also likes watching movies and cheering on the Texas Longhorns and Mississippi State Bulldogs.