Editor's note: This story has been updated with information from the Texas Department of Public Safety

The driver and passenger of a vehicle are dead after crashing into a concrete fence in Weslaco on Tuesday morning, according to the Texas Department of Public Safety. 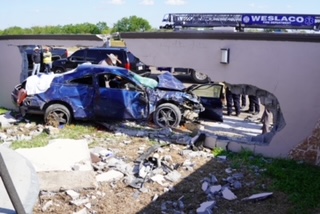 DPS says at approximately 10:37 a.m., a blue Honda traveling northbound on Mile 6 West at a high rate of speed lost control, went into a side skid, and struck a concrete fence on the side of a house.

Both males were residents of Elsa, according to DPS.

DPS continues to investigate the crash.