A baby owl is getting a lot of attention right now. It falls under a protected species. An ordeal took it away from its nest at a border wall construction site to a rehabilitation center hundreds of miles away.

The owlet is an eastern screech owl – a species protected from harm under the Migratory Bird Treaty Act. However, at border wall construction sites, that federal law, and others are waived to fast-track border security projects.

The hatching owl was found between trees cleared for border wall construction, according to Border Patrol records. Advocates say it’s an example of how land clearance for wall construction is impacting wildlife. 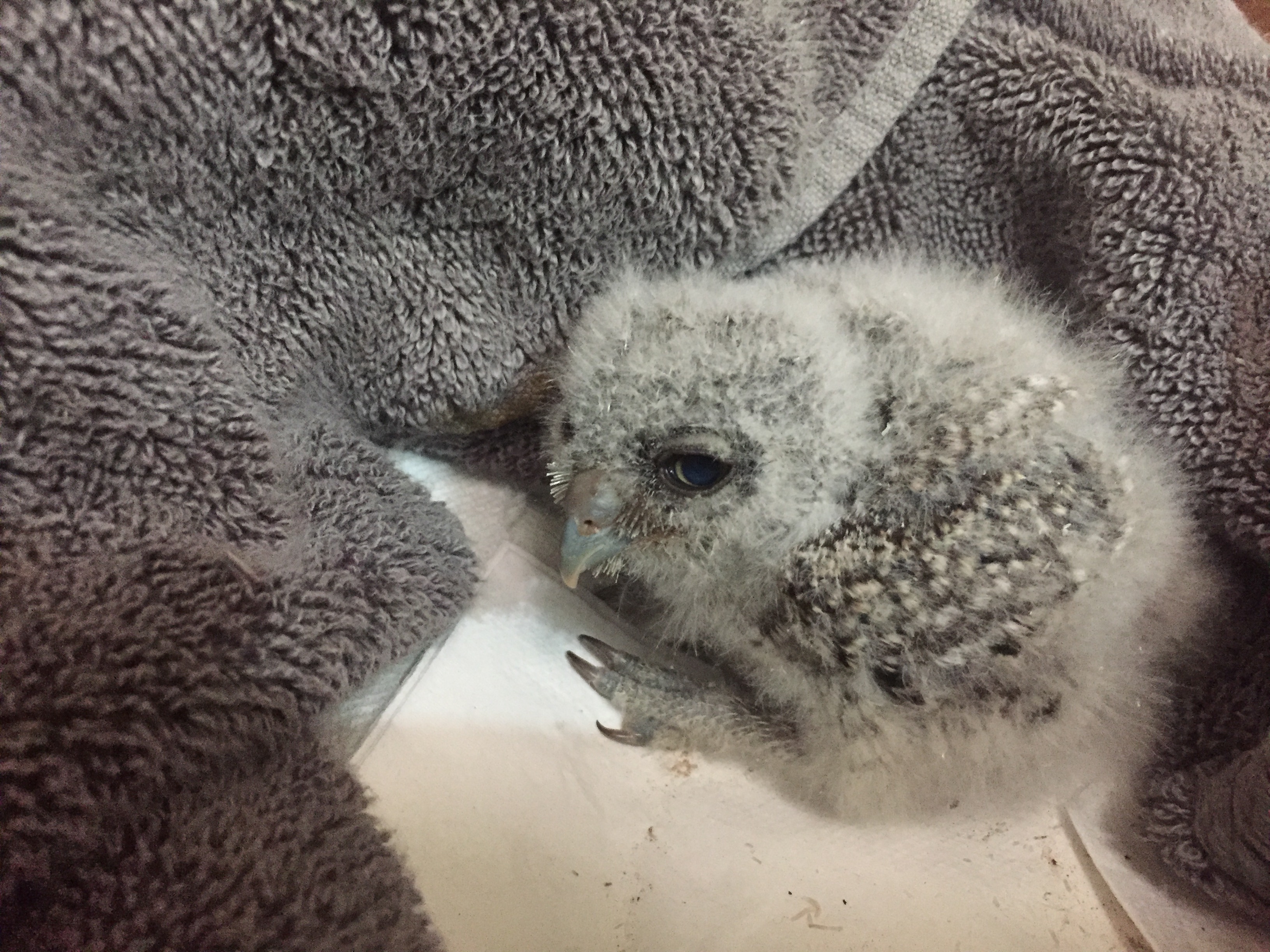 In mid-2019, the secretary of the Department of Homeland Security announced waivers for 28 federal laws, including the Migratory Bird Treaty Act – which protects some one thousand bird species from killing or "taking." In regulations, taking is defined as “pursue, hunt, shoot, wound, kill, trap, capture, or collect." People who violate the law face misdemeanor or felony charges.

"You can physically see, this is an animal that was affected by this," said Elsa Hull, living in San Ygnacio, between Laredo and Zapata. She became a temporary caretaker of the owlet after its fall at the border wall construction site near Roma. Hull said a person who was working in that area contacted her about the displaced owl. She took custody before getting it to a rehabilitation center in San Antonio.

"The person went back to go check up on it," she said. "Sure enough, the tree, the nest, everything was gone. And the little owlet was just in the middle of the ground."

Hull did not identify the individual who retrieved the owl from the site.

In response to questions, a Border Patrol spokesperson confirmed an eastern screech owl was found between two fallen mesquite trees that were cleared during construction.

Hull said she picked up the owl from the rehabilitator in Zapata.

"Environmental monitors" are staff who identify and mark off protected wildlife, explained Aurajo. He said they work under "best management practices," an alternative to compliance with waived environmental laws.

During the same week the owlet was recovered, environmental monitors marked off a nesting great kiskadee and an active verdin nest, according to Border Patrol. Those two nests were given a 50-foot buffer and remained active after clearing was finished, said the agency.

Border wall construction is moving quickly. Twenty-four miles under the RGV-08 and RGV-05 projects are under construction in western Starr County. Sections south of Mission, McAllen, San Juan, Weslaco and Donna are also moving ahead.

Those projects can be seen here, at Customs and Border Protection's new wall construction progress page:

Border wall designs call for land clearance of a 100-foot "enforcement zone" both north and south of the wall. The zone enables patrol roads and will be paired with security lighting, according to the agency. Some of those properties cleared include federally protected land, under the U.S. Fish and Wildlife Service.

"Now we can see that this is actually happening," said Hull, expressing concern about wildlife impacts at different sites. "This is just one small example of what's going on, on a much grander scale."

Border Patrol maintains the walls are necessary to improve their fight against smugglers. The agency stated in 2019 the Rio Grande Valley sector accounts for some 40% of all human and drug seizures on the U.S. border.

"The border wall system is a critical tool for Border Patrol agents," said CBP in April. "It helps slow or stop those who attempt to illegally cross into the United States, giving our agents time to respond and make an arrest."