The Kemp's ridley sea turtle got a chance it rarely gets – the beaches of South Padre Island to itself. And its population will has the added benefit of more undisturbed land this year.

The health crisis provided an unexpected boost for the endangered species on the island, benefiting from having fewer people around as nesting season began.

Marianna Devlin, a biologist at Sea Turtle Inc., and others went out to transplant eggs at nesting sites to protect them. Starting with three female turtles that were able to lay their eggs in peace, two weeks ahead of schedule, even laying them closer to the city than before.

Devlin explained with fewer people on the island, they expect to see fewer, of what experts call, “false crawls”.

“Coming up, they see people, they get scared and then they go back. So, we call that a false crawl. A turtle actually crawled out of the ocean and attempt to nest, but then she goes back into the ocean because she gets scared or spooked by a big group of people,” explained Devlin.

The sea turtles are also benefiting from new land far away from people, on this barrier island which is the longest in the world. Around 6,200 acres was acquired this time last year. It all started with the Deepwater Horizon oil spill.

The southern boundary of the new land starts just a few miles north of where State Park Road 100, the main thoroughfare on South Padre Island, ends. 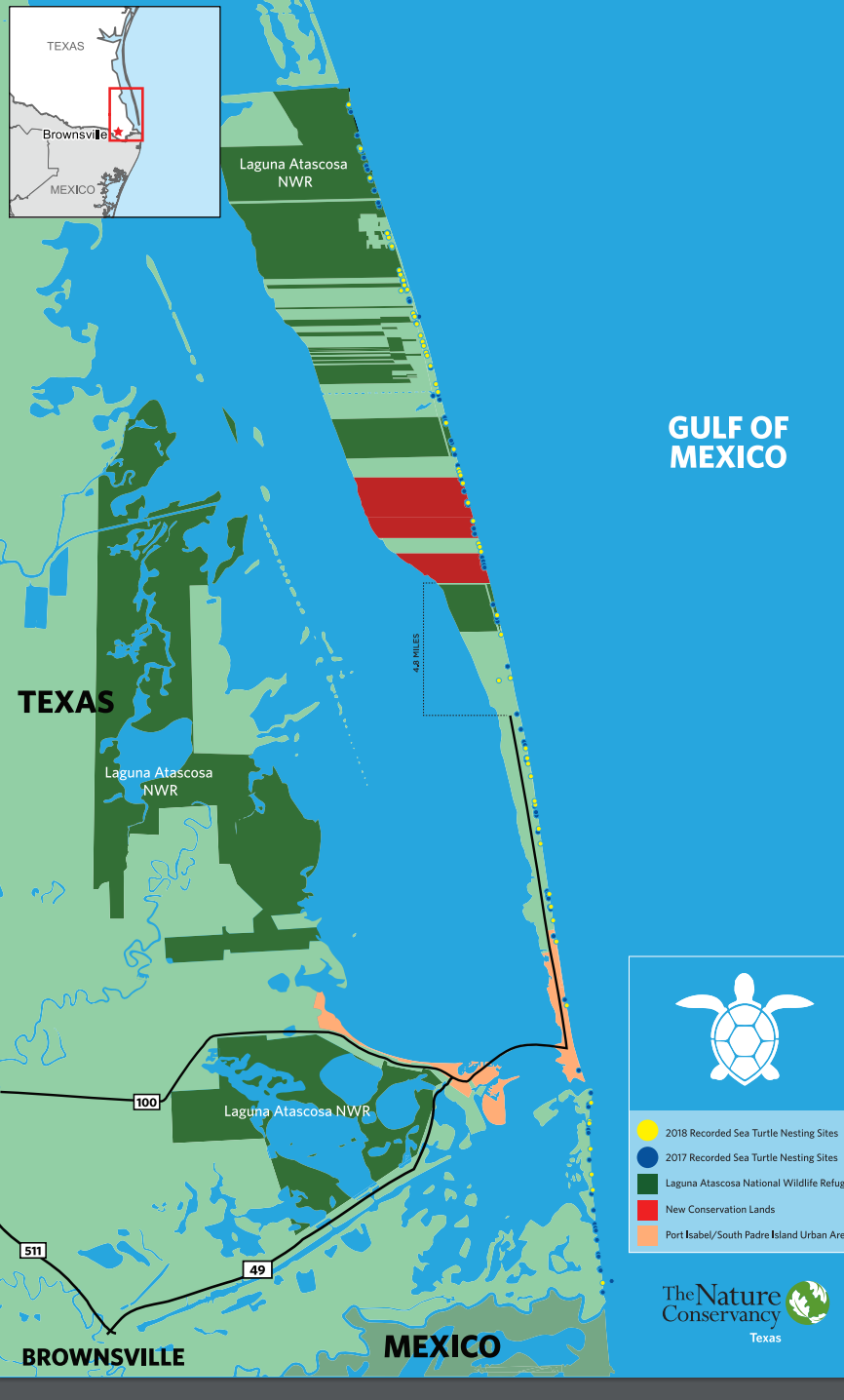 Jeff Francell, with The Nature Conservancy, says the remediation orders brought by the oil spill brought in millions of dollars to make a purchase of the land helping the sea turtles.

"We would not have been able to accomplish the things we've accomplished," said Francell. "Protecting land along the coast like Padre Island without that oil spill money. These things would not have happened."

This adds to a first round of habitat that The Nature Conservancy bought on the island in 2000. Then, the organization added 25,000 acres of the barrier island to the refuge. Laguna Atoscosa now manages 30 thousand acres, according to manager Boyd Bilhovde.

That land, just a few miles north of the end of Highway 100, was purchased and given to Laguna Atascosa National Wildlife Refuge. It extends north past the east cut, a popular fishing destination for anglers who drive the beach.

This means the sensitive dunes fall under federal protection. Bilhovde says the Fish and Wildlife Service will patrol the area to ensure vehicles stay only on the beach.