WESLACO – The National Oceanic and Atmospheric Administration released their predictions for the upcoming hurricane season.

They say four to eight of the storms will develop into hurricanes and two to four of those will be major hurricanes with 111 mph winds or higher.

On average, a season can produce 12 named storms.

NOAA says there's a 40% chance of a normal season, with 30% chances of stronger and weaker seasons.

The following are the list of the 21 names for storms. 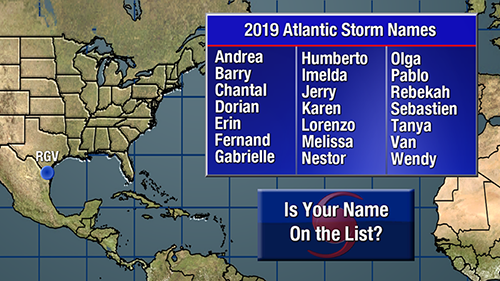